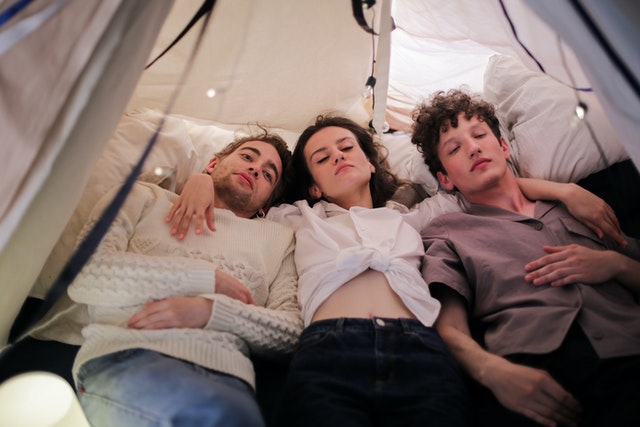 This article is meant for people who are thinking of entering into a relationship or situationship with one or more of the existing couple. Read on if you’re the outlier, so to speak. Having a contract of sorts can save you from uncomfortable situations and even heartbreak.

In all fairness, if you’re in a situation where you’re feeling like the third wheel, then it isn’t ethical non-monogamy that you’re practicing. But if you are repeatedly thrown into situations where it feels as if the main couple is sidelining you, then you aren’t in a setup that’s particularly healthy and we would recommend getting out. At the same time, we caution against throwing the hat in too soon. It’s normal to panic when you feel like you aren’t as important as the ‘core’ couple, but with time, things can often even out, so long as you talk things through.

There are instances where someone enters an ethical non-monogamy situation thinking they will be getting a better deal given that these are supposed to be relationships or associations based on communication, consent, and respect. A couple who lives together, on the other hand, will have a much better grasp on their communication than you do.A text can be ignored, a call rejected, and so much more. If you feel as though there is communication, but your boundaries are being stopped and you aren’t really being heard, then you should know that the ethical side of things has flown out the window.

One of the biggest arguments that people have against ethical non-monogamy is that it can cause insane amounts of jealousy. “What if your partner leaves you for the person they are fooling around with!” That’s something that’s thrown around quite a bit. What no one really stops to ask, when putting together ethical non-monogamy rules, is what happens when the new person is the one that falls a little too hard or starts to feel jealous or insecure. The fact is, human emotions aren’t always predictable. If you feel like you’re giving more than you can get back, then it’s time to step back and reassess. A lot of this depends on your attachment style too.

Where are your boundaries?

Someone once told us that they didn’t appreciate that the boundaries being discussed were always the ones that the core couple came up with. It was their time, their needs, their wants, and their relationship that seemed to be front and centre. As a partner who is interacting with one or more people in a relationship, you yourself will have lines that you do not wish to cross. But if it feels like you are constantly bending and breaking your own rules based on someone else’s expectations and boundaries, then we hate to break it to you, but your ethical non-monogamy rules aren’t really working and you need to review the terms of your agreement.

All in all, some of the healthiest relationships can come out of this type of arrangement. And if you are building everything with ethical non-monogamy rules that really work, then you should have nothing to worry about. But don’t forget to stay safe as you explore someone new, both physically and emotionally!

Looking to get started? Check out our guide on the best dating apps for throuples to get an idea if this is something that can work for you.