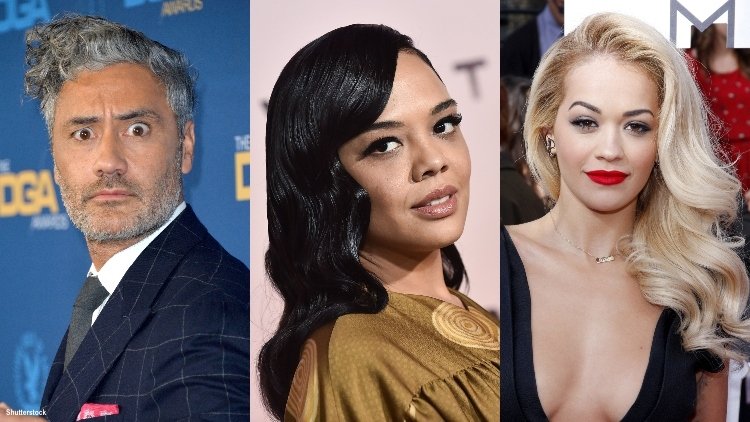 Celebrity throuples have put ethical non-monogamy front and centre. It is becoming increasingly common, and more and more people are turning toward throuple dating. These can make for some very fulfilling relationships and connections, but many of us don’t often know how to avoid complications. We take a look at some of the most popular celebrities living the throuple lifestyle, and how they’re doing it right.

There’s nothing that says power throuple more than this one. Celebrity throuples can often come under fire when they are revealed to the public eye, and that’s what happened to Rita Ora, Tess Thompson, and Taika Waititi. The lesson to learn here is to own your truth before someone can beat you to the punch, and all three have done a great job of doing that.

The trio has thankfully responded by absolutely not giving a damn about the gossip. If anything, Rita Ora and Taika Waititi just got engaged a few weeks ago. Waititi even famously ended an interview early when asked about his relationship with Rita. Having confidence in your relationship will ensure that you are unapologetic with how you acquire your happiness, and that’s a relationship goal we should all strive for.

While this throuple has called it quits as things stand, when they were together, they were an iconic unit for many people trying to think of ethical non-monogamy and the throuple lifestyle. The trio were very openly available to each other, which is something that people can sometimes struggle with when they look into throuple dating. This throuple taught us how to be confident in PDA and other shows of affection.

Throuple dating can sometimes feel like the whole world is watching your every move. And if you respond by saying “whatever” and focusing on your partners instead, you are headed for some sweet bliss.

While they are no longer together, this celebrity throuple was one that held out for attention because of how mundane their description of their union was. Scheana elaborated on the connection on a podcast when she said: “This went on for about six months that we hung out…It just became, you know, kind of the three of us. We had a little throuple going on. But then there was, like, me and another her. Everyone always had attention.”

When people think of celebrity throuples or throuples dating, they think of raunchy, sexy, over-the-top scenes. In reality, this is just as much about genuine connections as any monogamous, conventional relationship.

This is the dumpster fire of throuples, or non-monogamy. Will Smith and Jada Pinkett Smith have repeatedly made headlines about their relationship. While the duo is non-monogamous and they don’t really get a conventional marriage, that doesn’t mean it’s all peaches. While they claim they give each other truth and freedom to be themselves, the result seems to be messy. Jada’s relationship with August Alsina put a damper on the narrative of “freedom and truth” quite spectacularly.

The one thing we can easily learn from this couple is that celebrity throuples don’t always get it right. It can seem glamourous and liberating, but the reality is that throuple dating comes with its own set of challenges, and pretending they don’t exist doesn’t just make them disappear.

If you are looking into throuple dating and want to take celebrity throuples as an inspiration you do you, but remember that whatever situation you end up with requires clear communication and enthusiastic consent from your partner(s). If you don’t have those two key components, you are going to end up falling on your face.

Not sure where to get started? Check out our list of apps for throuples!